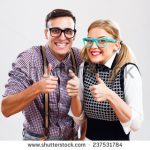 Men and Women’s Brains are Different Begining Before Birth

Researchers have found that prenatal hormones specific to gender begin to alter brains development in utero. Studies have shown that at 8 weeks of development male and female fetuses have different amounts of testosterone. Other studies have shown more estrogen in unborn females. It is hypotheses that this early hormonal different effect the development of differences in the male and female brain. “Contemporary research shows that hormones are particularly important for the development of sex-typical childhood behavior, including toy choices, which until recently were thought to result solely from sociocultural influences” (Hines, 2011). Researchers have studied both male and female brains and have found differences particularly in the hypothalamus and pre-frontal cortex which indeed suggests inborn genetic differences in brain development.

In 2001 a study was done at Harvard that parts of the brains in males and females were different sizes. “The study found that parts of the frontal lobe, responsible for problem-solving and decision-making, and the limbic cortex, responsible for regulating emotions, were larger in women [source: Hoag]. In men, the parietal cortex, which is involved in space perception, and the amygdala, which regulates sexual and social behavior, were larger [source: Hoag]”  (Edmonds, 2008). Another study done in 2008 revealed that a part of the prefrontal cortex, the straight gyrus, which contributes to social cognition and interpersonal skills was larger in women than in men.

As information has increased about fetal hormonal differences many more studies have explored differences in male and female brains. It has been noted that the overall size of the male brain is larger than the females. The amygdala is also typically larger in males as opposed to the larger hippocampus in females. Females, on the other hand, seem to have more profound folding in the frontal and parietal cortex which is called gyrification. The more folding in an area of the brain allows for the greater surface area and is often related to intelligence or more ability in those areas of the brain.

In the female brain as the hippocampus is larger than males. It is also estrogen sensitive and both hemispheres tend to be linked together. The hippocampus is the area of the brain that is associated with learning, memory, and emotions. Studies show that many women tend to be better at processing and verbalizing feelings and memories. “Using both sides of their brains for processing spatial information takes women longer, while men take longer to process emotional information and to use certain language skills because of the location of these functions in the male brain” (O’Brien, 2008)
The pre-frontal cortex is involved in decision-making strategies, judgment and impulse control. As discussed above, the prefrontal cortex is another area of the brain that is larger in the female brain. In addition, the female brain has less testosterone and more estrogen streaming through various parts of the brain. The size of the prefrontal cortex and the higher levels of testosterone allows women to be less competitive and good at conflict resolution.

Men and Women: Parts of the Brain Defined

Neurochemically, the limbic system is mostly involved with emotion. The limbic system includes several main structures in the brain. Aside from emotion, the limbic system has two other main functions including arousal and memory, which are also related to emotion. Amygdala The part of the brain in control of fear, anger, love, and sexual desire. The amygdalae are responsible for preparing the body for emergencies. The Amygdalae in both hemispheres of the brain prepares the body for crises by the stimulation of fear and can intensify the expression of fear, to the point of panic. Furthermore, the amygdala store memories of these types of events for future recognition and elicit fear. Electrical stimulation of the amygdala evokes the feeling of aggression.

The hippocampus is one of the memory processing centers in the brain. The amygdala transmits information about feelings to the hippocampus, which through the secretion of hormones is able to create a long-term memory of a situation combines with an emotion.” It is an important brain structure, which through its connections with the autonomic nervous system controls glands and smooth muscles, blood vessels and the heart. It influences various kinds of emotional responses accompanied by physiological arousal” (Krishna, 2012).

The medial dorsal and anterior nuclei of the thalamus when stimulated the part of emotional reactivity to an external stimulus when stimulated.  The thalamus contributes to emotional and behavioral regulation by facilitating the transfer of emotional information to other parts of the limbic system.  The thalamus consists of three circuits: the specific nuclei, the reticular formation, and the intralaminar circuit. I t is the reticular formation that computes sensory information and activates patterns to the intralaminar circuit. “The intralaminar compares this pattern guesses with similar patterns in memory. All these circuits cooperate to produce a coherent framework for the interpretation of incoming sensory data” (Anissimov,  2014). The memory of these patterns evokes a feeling. Cingulate Gyrus  Although there is much to study about the Cingulate gyrus, however, researchers have explored that the frontal part is involved in receiving visual and olfactory information and connects this data with pleasurable emotions.  This area of the brain also contributes to the emotional response to pain and regulates aggressive behavior to keep it in control.

The ventral tegmental area of the brain stems consists of is a compact group of dopamine-secreting neurons. When an individual experiences something pleasurable, electrical stimulation of neurons generate pleasurable sensations. “Certain brainstem structures, like the nuclei of the cranial nerves, stimulated by impulses coming from the cortex and the striatum (a subcortical formation), are responsible for the physiognomic: expressions of anger, joy, sadness, tenderness, etc.” (Amaral, 1997-2003).

Psych Alive. (2016). What is Mindsight? An Interview with Dr. Dan Siegel. Retrieved from https://www.psychalive.org/what-is-mindsight-an-interview-with-dr-dan-siegel/